The Verdura gallery is open 10:00 AM – 5:00 PM, Monday – Friday. We are taking every precaution to ensure your visit is enjoyable and safe.
X 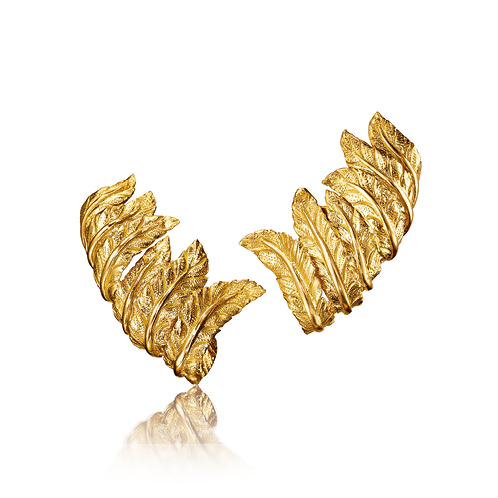 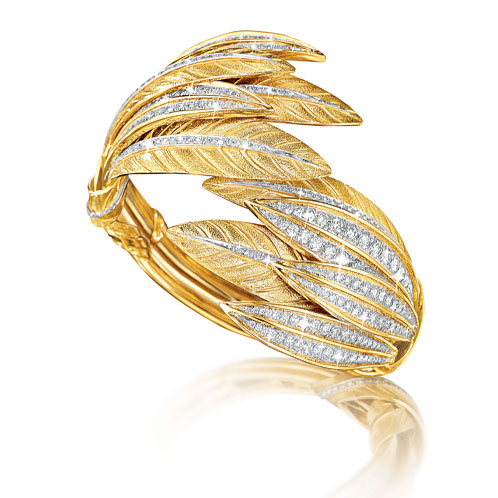 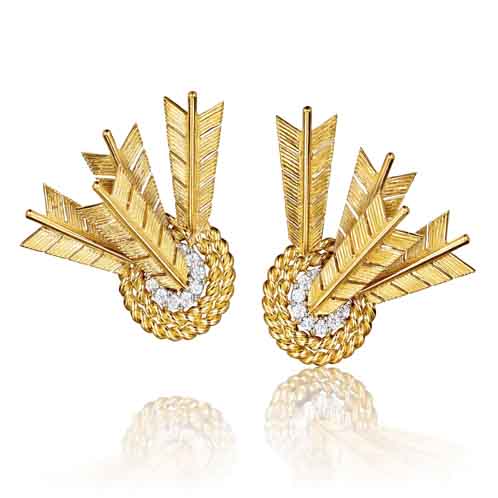 In 1957, John Hay Whitney was appointed Ambassador to the Court of St. James. Lacking the tiara required of formal occasions in London, his wife, Betsey Whitney, commissioned Verdura to design one for her to wear during her new duties. With his trademark wit and encyclopedic knowledge of history, Verdura drew on European allegorical symbols of America, dating back to the 16th century, featuring a Native American princess adorned with a traditional headdress. For Betsey, he translated the headdress into gold and diamonds, a symbol of liberty which she wore proudly at her official presentation to Queen Elizabeth II.