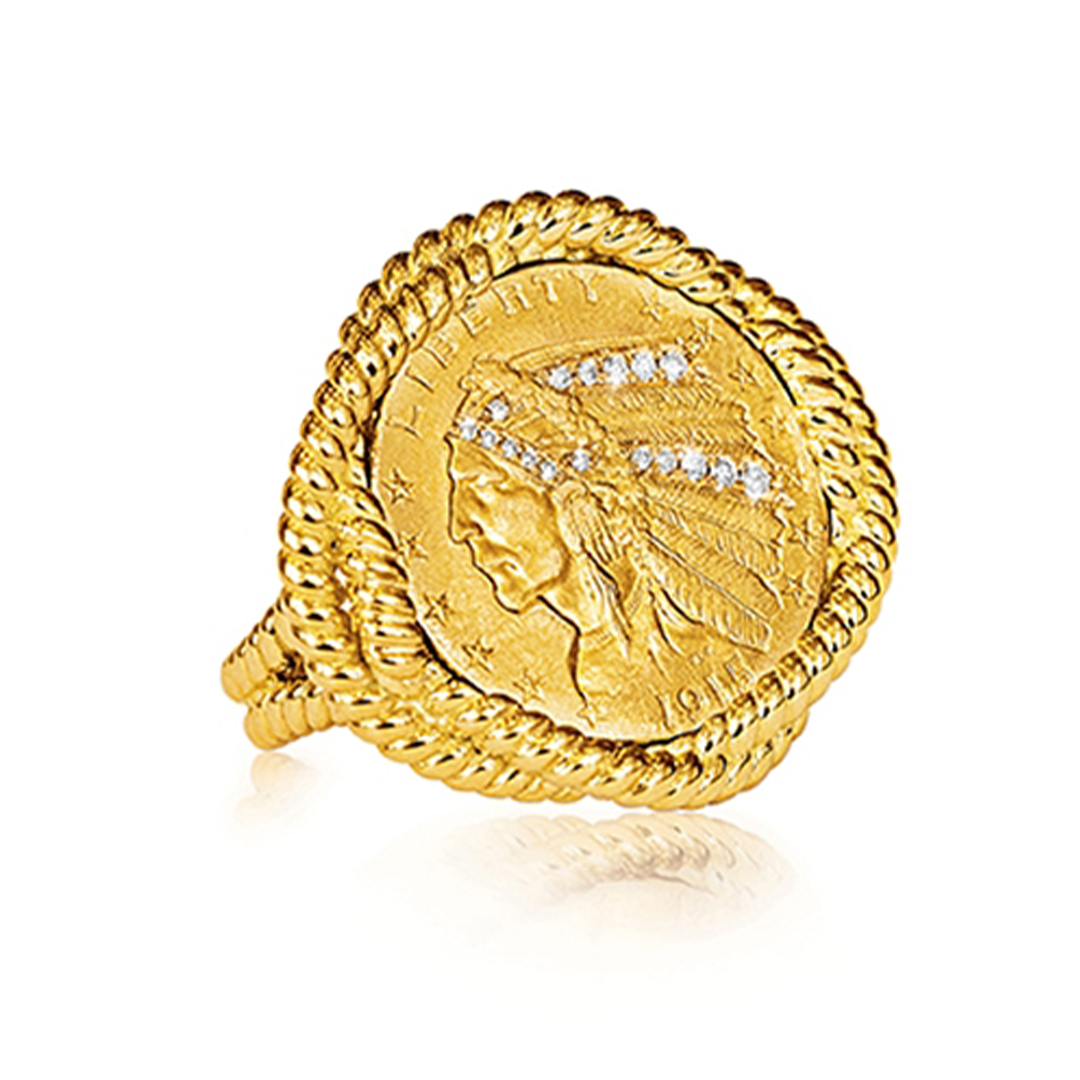 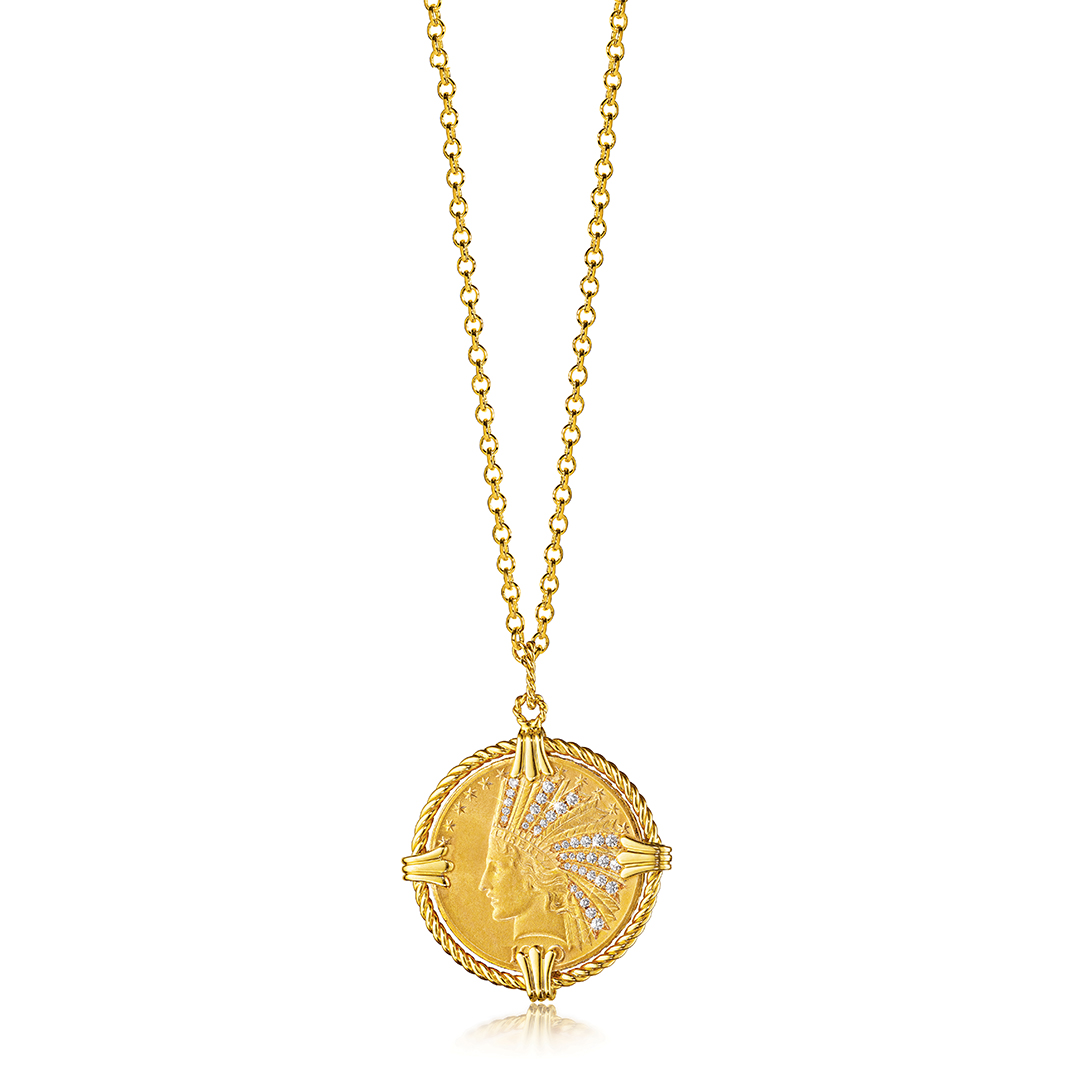 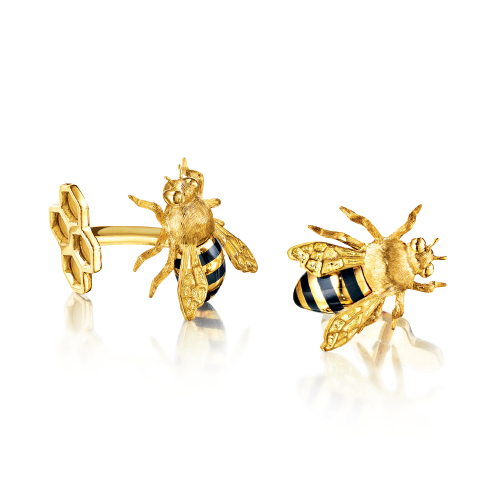 As a Sicilian aristocrat, the young duke was enraptured with the history and dress of Native Americans, eventually collecting a rare portfolio of lithographs of the McKenney-Hall History of the Indian Tribes of North America (1837-44), hand-colored plate copies of portraits of Native American chiefs originally executed by Charles Bird King and other artists c. 1821-30. The “Five Buck” cufflinks represent Verdura’s whimsical tribute to his adopted country.